I have long heard others rave about using zoodles, or zucchini noodles, as a pasta substitute.

I’ve tried them before, and they were just NOT great.

After trying some different strategies recently, I think we finally figured out how to get them to taste great, and to have the right texture without being soggy.

Here’s what I did:
1- Gathered three medium zucchini and washed them well.

2- I cut off the end of the zucchini and then used my handheld spiralizer to begin making the “noodles”. 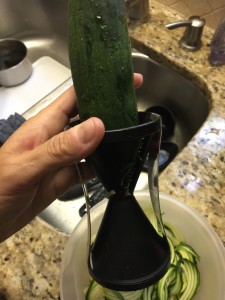 As I would get down to where one side was extremely pointed and hard to use, I would just chop it off and start again. 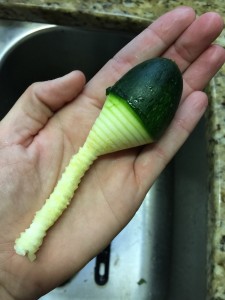 My Spiralizer has two different sizes you can use for the noodles. I first started with the side that made wider, fettuccine sized noodles, but ended up switching to the end with the smaller openings to make spaghetti sized noodles. 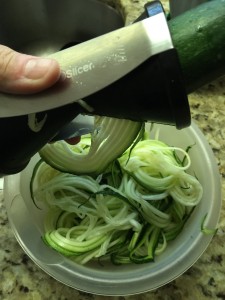 3- I lined a large baking sheet with double layers of paper towels and then spread out the zoodles across the pan. 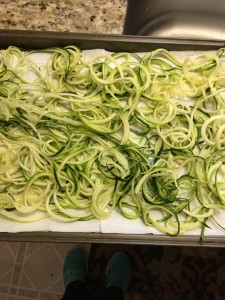 I sprinkled with a little salt and then put another double layer of paper towels over top. 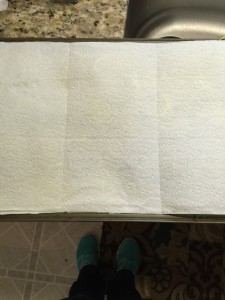 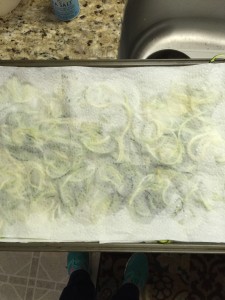 As you can see, they started releasing a lot of water. I didn’t take a picture, but at the 1 hour mark the paper towels were completely soaked through.

5- Next, I took the wet paper towels off of the top and added dry ones. Then I took the entire bundle and rolled them up to squeeze out a little more water. 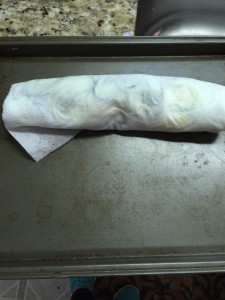 6- Heat up a skillet with some oil of your choice (I used EVOO). I added my zoodles along with some garlic, black pepper, and a little more salt. I cooked until they were tender- probably around 7-8 minutes.

These zoodles will take on the flavor of whatever you’re eating them with, so season well or use a great sauce over top. We used ours with spaghetti sauce. 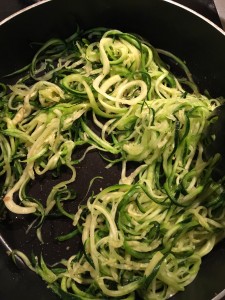 I used three medium zucchini for this batch and it really wasn’t enough for my husband and I.

If you’ve followed this blog for long you know that I LOVE a good pasta alternative. I’ve used spaghetti squash, broccoli slaw, spinach, and even green beans in the past. I would say that these zoodles are probably my favorite so far now that we’ve found a way to keep them from being soggy.

I do plan to make these again but will probably make them more often in the summer when I can get fresh zucchini easily and affordably. Hope you enjoy!!!