I’m sorry it’s taken me so long to get this post written! I have started and stopped several times but haven’t known quite how to explain this week and all it meant.

If you’ve followed my journey from the beginning, you know that God
began placing a dream on my heart towards pursuing a certification
called Revelation Wellness. You can read that story here.

And then, because He’s God and He can throw open any doors that He wants to, he did THIS.

So in August, I began Instructor training. I posted about the first class here.

And the at-home training portion of this program was good. REALLY good. It was a lot of work, but it began changing the entire way that I looked at myself, my original design, my calling, my ministry, my health…everything!

I was all set to go to retreat and then about a week and a half before I was set to fly out, I received a call that confused things a little.

I was called and told that I had won High School Counselor of the year for the state of North Carolina. For School Counselors, this is pretty much as good as it gets as far as professional awards go. It was SO exciting! The only problem- the awards ceremony was on the Thursday of retreat.

I contacted the RevWell folks about possibly going to retreat, flying back for the awards presentation and then going back to finish the week, but this wasn’t an option. They told me that I could wait and go to the Spring retreat in May if I wanted to.

After a few days of prayer and some deep soul searching, both my husband I came to the same conclusion: that I needed to be at retreat. Missing the biggest moment of my professional career was a bit strange, but I knew that I had to choose- was I willing to pursue the calling I had been given and to walk forward in obedience or would I choose to stay home so that I could receive this award and the recognition that would come with it?

So although it was hard to explain to others, we were at peace about the decision and I knew it was the right one.

I anxiously anticipated the upcoming trip and the day before I left, I wrote this.

I left for retreat early on Sunday morning. My parents kept my kids so that Marcus could take me to the airport. We got up at 3:30 a.m. and left for the airport at 4:30. I was a bit of a nervous mess! 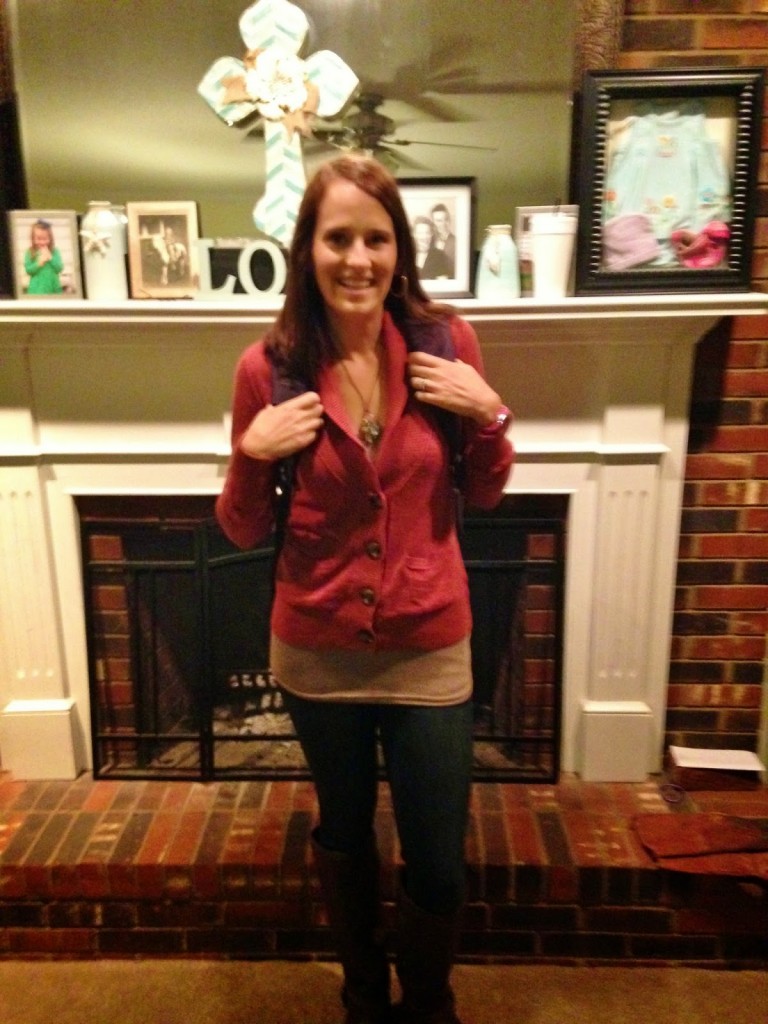 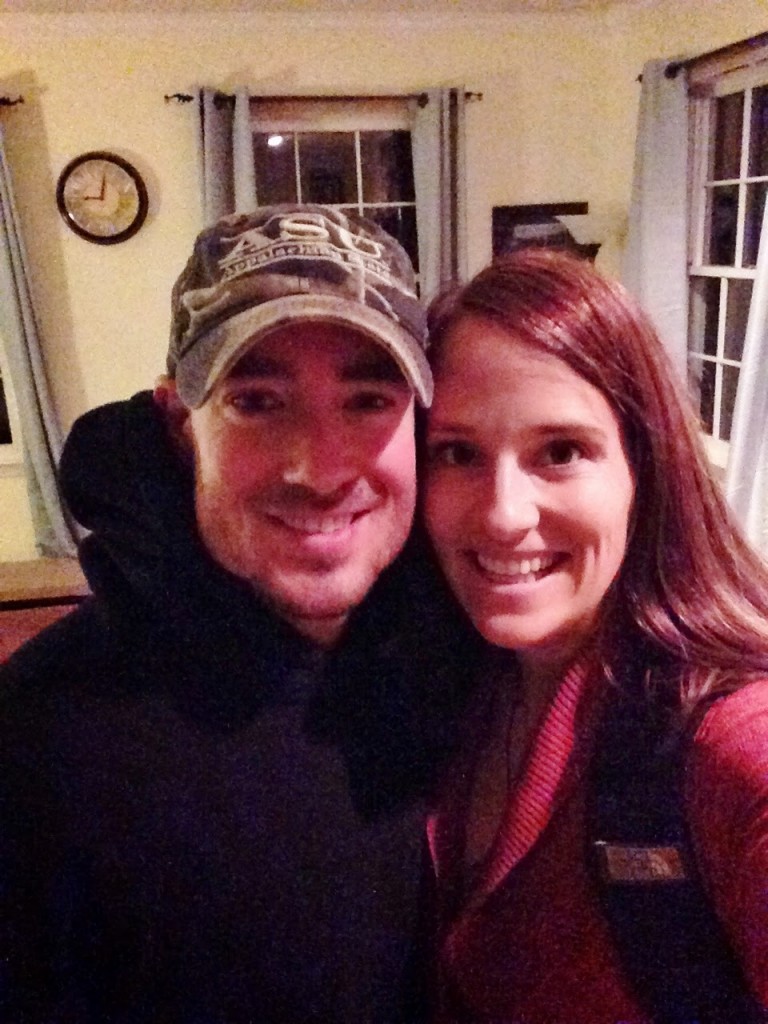 I made it through him dropping me off at the airport without tearing up, but once I was through security and heading towards my gate to wait for my flight, it was a bit harder.

I got the sweetest text from a friend telling me that she was praying for me and then a friend posted this to my facebook page: 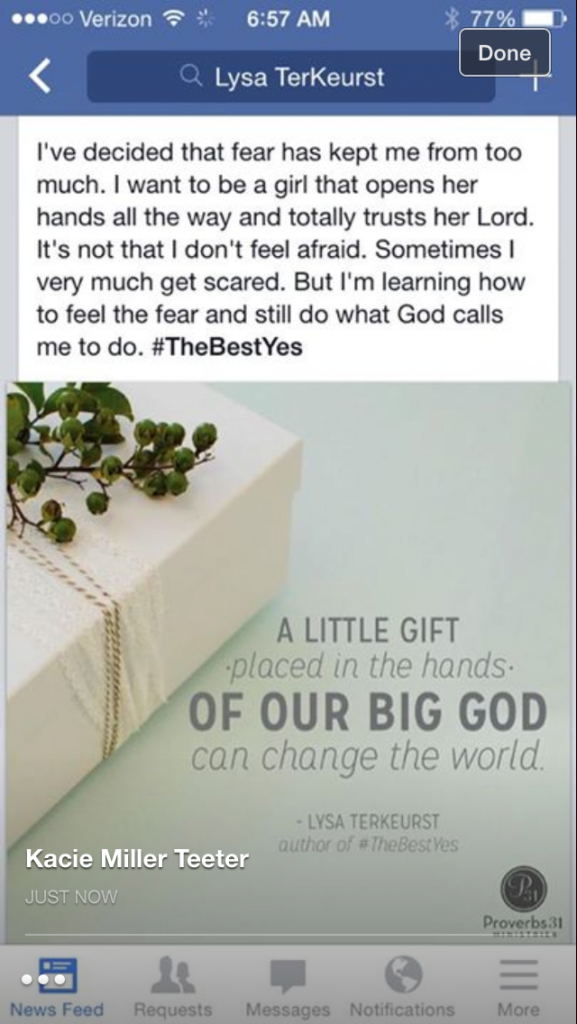 How amazing is that?!

And I knew that NOW was the time and that I COULD do just as the picture had said- open up my hands all the way and trust my Lord. To feel the fear and still do what I had been called to do.

So I boarded that plane.

Fortunately for me, there was plenty of excitement on the early morning flight. For the first part I was able to listen to the lady with two cats that meowed nonstop and then I got to sit beside a woman who enjoyed her seat plus half of mine as she loudly snored and caught up on her rest. At one point I really REALLY needed to get up to go to the restroom and couldn’t seem to wake her, so I had to stand on my seat and straddle over her seat to get out to go. I kept thinking, “if she opens her eyes and finds me standing straddling her this is going to be a mess!” Luckily, she didn’t. Fun times.

When I arrived at the Phoenix Airport I found my luggage (thank you Jesus!) and then went to grab some lunch. I was SUPER nervous but ran into a Holy Yoga lady (they retreat with Revelation Wellness), who showed me how to get to where our group was meeting.

Talk about awkward- walking up to a random group of people that you have never met and then trying to carry on a conversation for 2+ hours. One of the RevWell sayings is: Comfortable being Uncomfortable, and I kept thinking- I sure do have the uncomfortable part figured out!

Towards the end I connected with some ladies and I was able to talk with them until we boarded our bus which would take us to Williams, AZ. 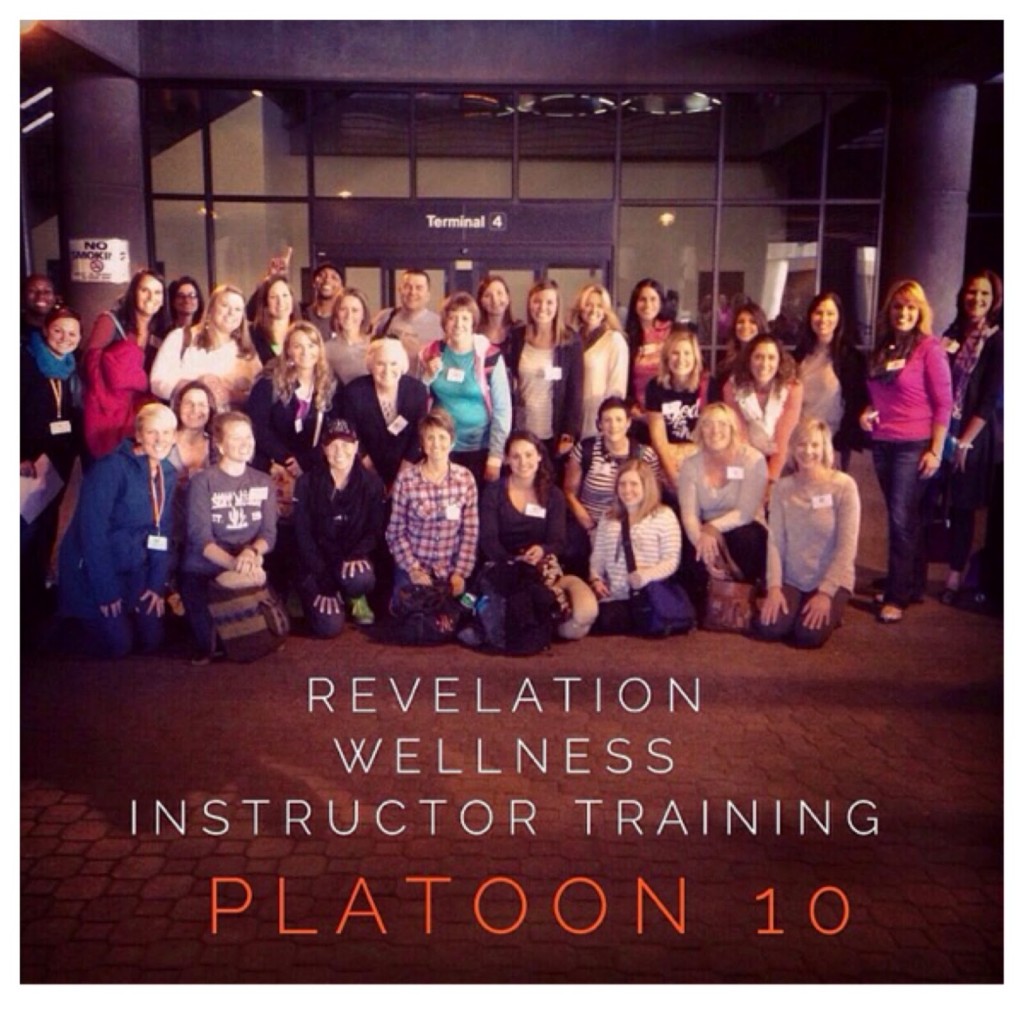 We snapped a quick group picture outside and then loaded the bus. I sat with a new friend named Katrina, who was so kind to me and the 3+ hour ride passed pretty quickly. 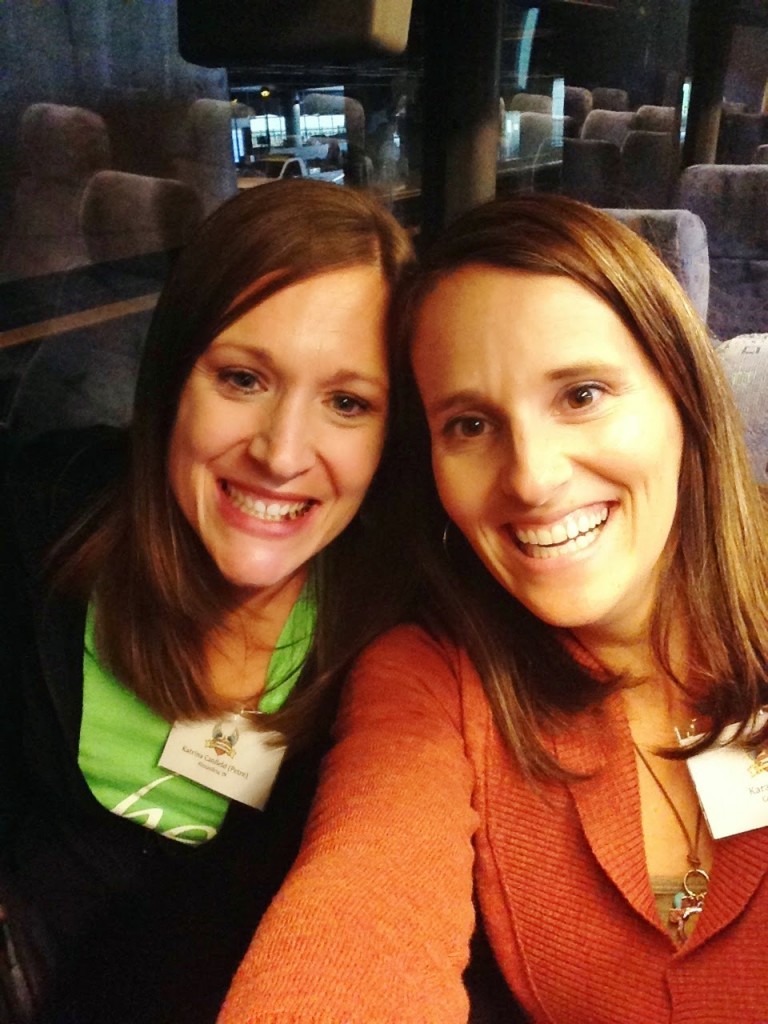 The further we drove, the higher in altitude we climbed and before long, we began to hear talk of snow.

One of the RevWell small group leaders was sharing her Peppermint Essential Oils with people as they began to experience headaches, nausea, etc. Since they all seemed to enjoy it I thought “why not” and slathered some on my temples like they were. I am quite uneducated when it comes to this sort of thing so I rubbed it all around my eyes NOT realizing just what a mistake that was. For the next 20 minutes or so my eyes burned like they were ON FIRE and watered. I finally put on my sunglasses so it wouldn’t look to everyone like I was crying. Lesson learned: Don’t rub those oils near your eyeballs!

When we finally pulled into the retreat center, Alisa Keeton was there to greet us, along with Jolene (a dear sweet RevWell friend) and my prayer partner Christina.

As we got off the bus they greeted each of us with a hug and a smile and it felt like family. No, it WAS family. It was. As Alisa hugged me and we stood in the snow, as scary as it was, I knew this was where I was supposed to be.

She said, “Kara. I know you” as she hugged me and at that moment, it was like God was saying.  Here! You’re here and I’m ready to show you what you’re made of. I made you and I KNOW you!”.

We grabbed our luggage and headed out for our cabins. I was a bit nervous at what they would look like, but they were great! We had a big enough room that I didn’t have a top bunk mate, so I had some room to spread out. 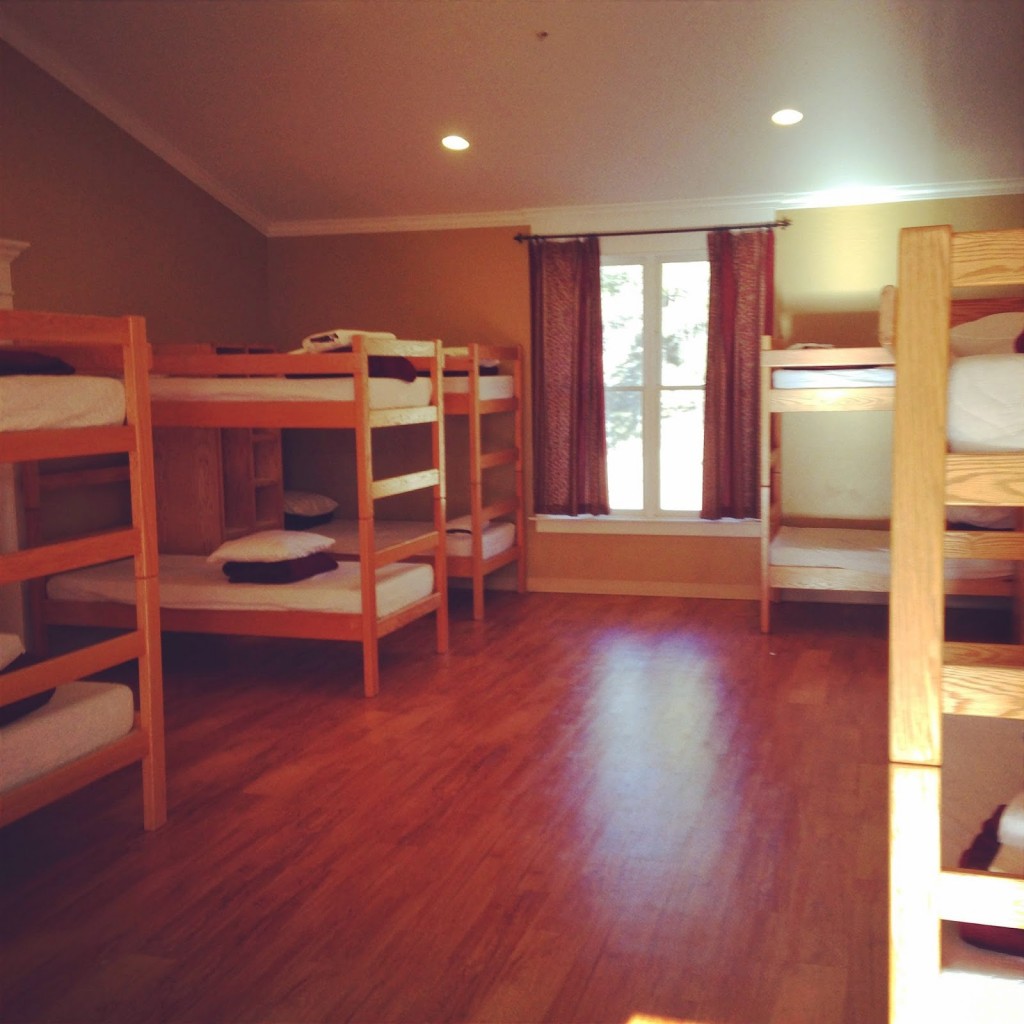 We settled in briefly and then headed to our first meeting. The adventure was getting ready to BEGIN!

Come back tomorrow for Part 2!