Faux
Hasbrown Casserole (or also known as”
I-can’t-believe-it’s not hasbrown casserole!”)
I
made this recipe last night and was SO thrilled with the way it turned out. My
husband came home from work and I had him come over to try it. I took a big
scoop out and gave it to him and asked him what he thought was in it. He said,
“Bacon, potatoes, cheese”.

I gave him another bite and asked him to guess
again, and again he just thought those same ingredients.

I squealed
in delight as I was able to tell him that no, this wasn’t the incredibly
delicious hashbrown casserole that I used to make back in my carb loving days
for every major holiday…No, no this dish was made of cauliflower! He couldn’t
believe it and honestly, I couldn’t either.
Now,
I’ve tried those recipes before where people claim, “whipped cauliflower is
better than mashed potatoes!”, and the recipe where buffalo sauce tossed
cauliflower is supposed to taste like chicken wings?! I’m sorry, I’ve tried
both and in no way at all did these two recipes live up to their claims.
But
this one…YES. Seriously. It tastes just like the casserole you’re used to having on Thanksgiving day.

I loved it, my husband loved it, but truthfully, my kids did not (however, they
don’t like the texture of potatoes, so I wasn’t surprised they didn’t like this
one).

I
liked it so much that I made it again two days later, this time adding spinach
and it was even better. Yes, seriously. New favorite dish. (So if you don’t like spinach, just leave that ingredient out and it’s still just as good!)
So
here’s what you need to go get:
1 head Cauliflower
4 oz cream cheese (half of the standard sized block)
¼ c. sour cream
½ c. cheddar
1 tsp minced garlic
salt and pepper to taste
2 c. frozen spinach (amount before thawing- once thawed it will be closer to ¾ to
1 cup)
¼ c. sour cream
4 pieces bacon, cooked til crispy and diced
1 chopped onion 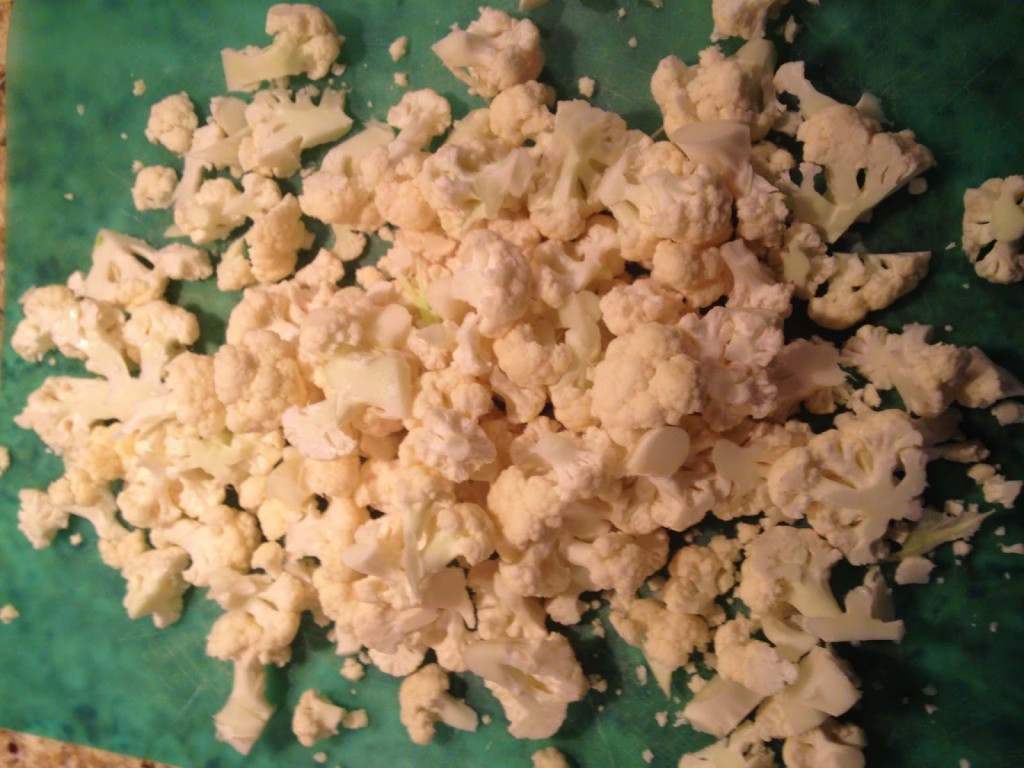 2- Boil for 8 to 10 minutes until tender in salted water. While this is boiling,
thaw and drain your spinach. If you have not yet cooked, cooled, and chopped
your bacon, do it now. 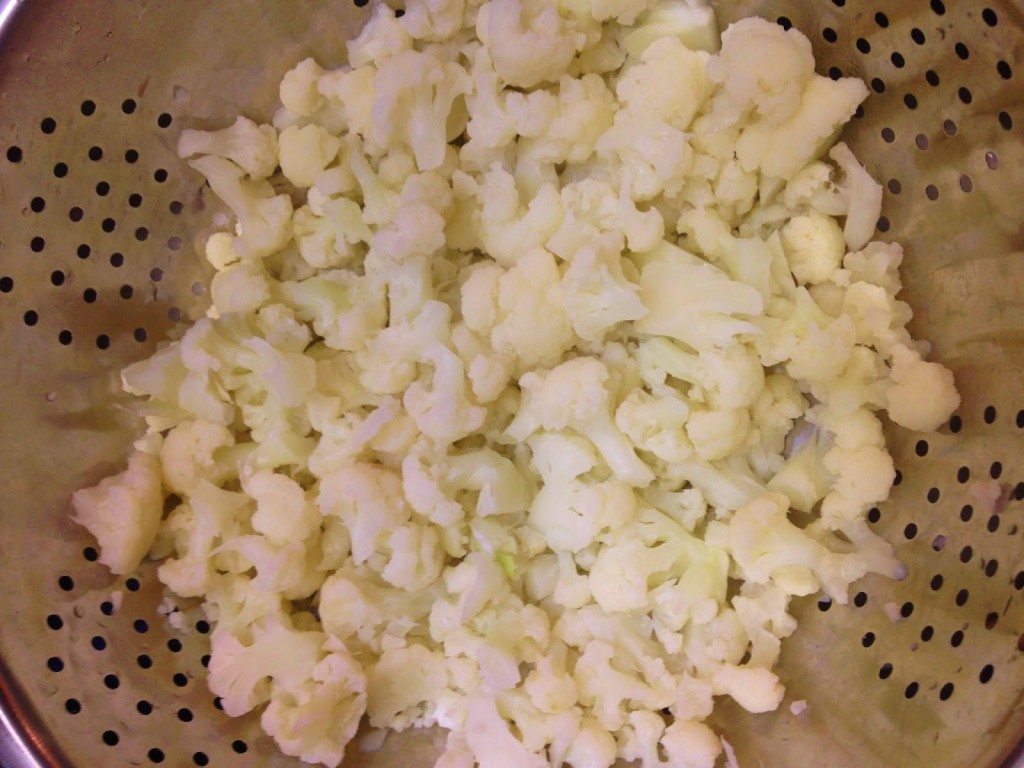 4- Return to same pot and stir together with all other ingredients. 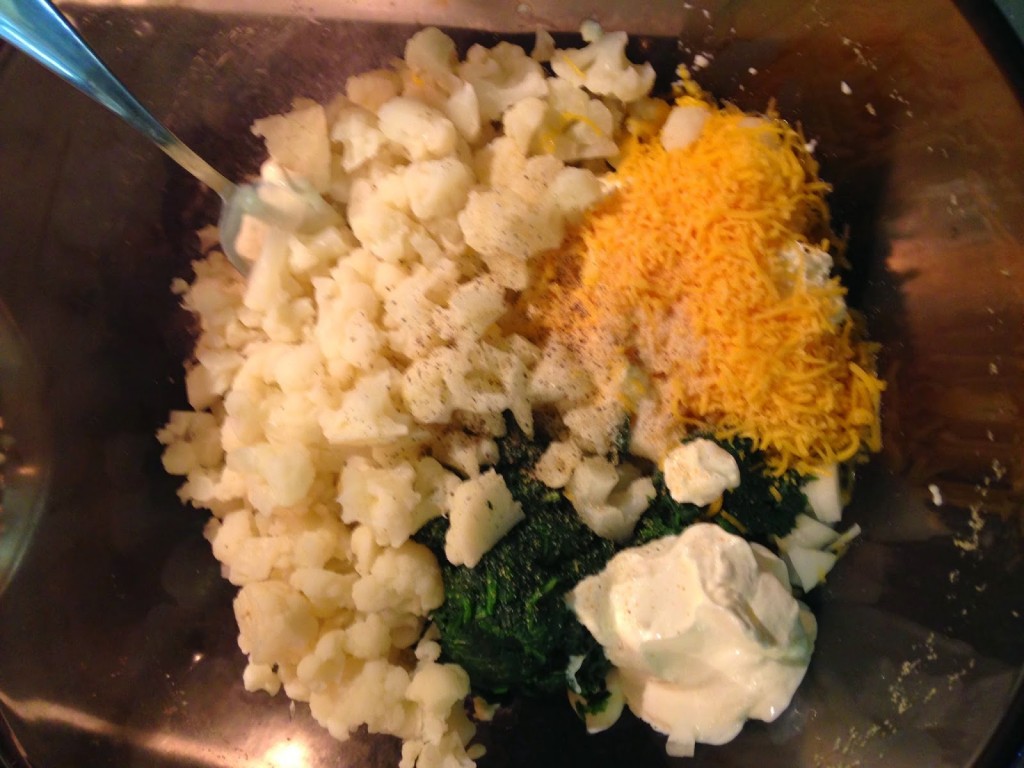 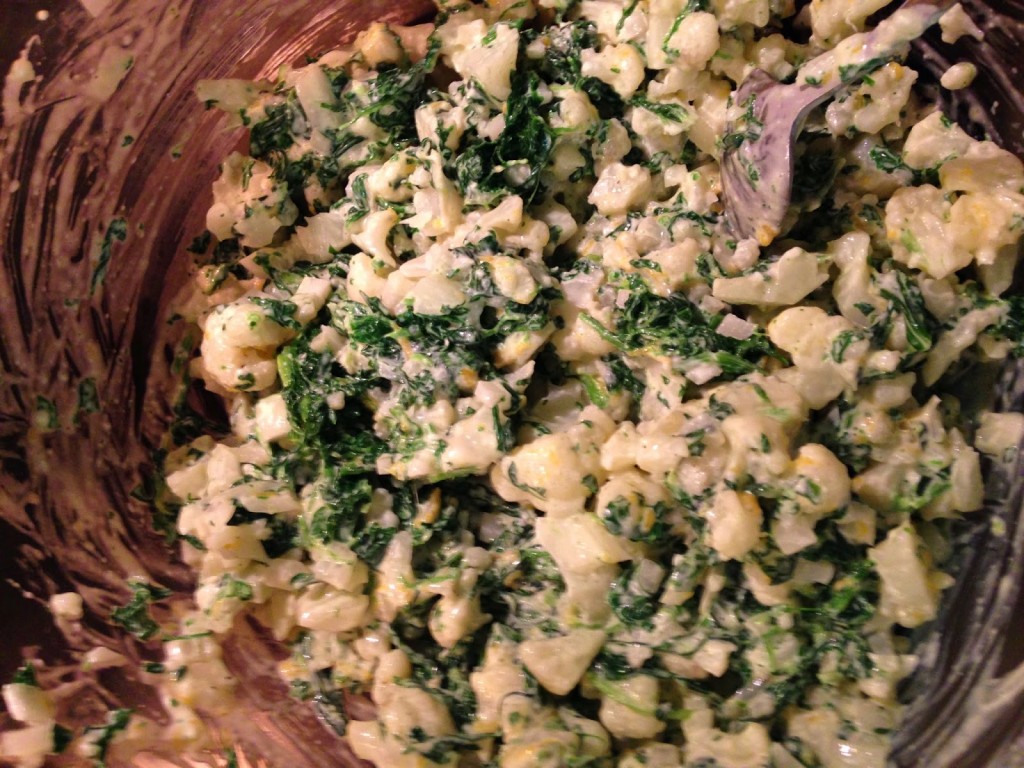 This dish probably has around 6 servings or so. According to myfitness pal
recipe calculator, it should have around 180 calories per serving, 10g carbs,
13g fat and 9g protein.

I used full fat cheeses in this dish and regular bacon, but if you’re worried
about fat or calories you could substitute low fat cheese and turkey bacon. You
could also add more cheese, if you’re wanting it to be as rich and indulgent as
the typical hashbrown casserole recipe, but for our preferences, that would be
far too rich.

I
just KNOW you are going to love this recipe! Please try it and then comment
below with your thoughts!
Posted in Blog, Recipes