I L-O-V-E Mexican food. In fact, at least twice a month I eat it for my indulgence meal. We used to really love having Taco nights at our house and I would load up my biggest dinner plate as high as I could pile it with all sorts of delicious, yet NOT fat loss friendly foods.

I’ve experimented quite a bit trying to come up with a way to replicate this, and although my latest fat-loss friendly version isn’t AS good as the original, it’s a great option!

My first task was to find a taco seasoning recipe that I could use in
place of the chemical laden version I used to buy in the store.

Here is an example of a REDUCED SODIUM version I used to buy often: 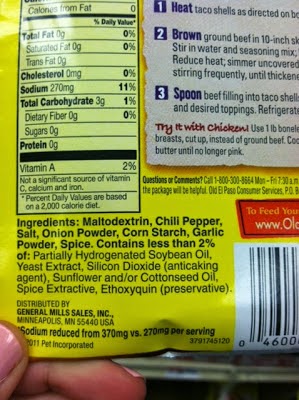 Please note: the FIRST ingredient is Maltodextrin, an artificial sweetener! Read more about it here.
Besides that you will find corn starch, partially hydrogenated oil,
silicon dioxide, sunflower and cottonseed oil, a “spice extractive?” and
“Ethoxyquin”.After experimenting with several recipes I found
online, I came up with a version that was perfect for my family. This
version is NOT considered “HOT” as my kids don’t eat things too spicy. 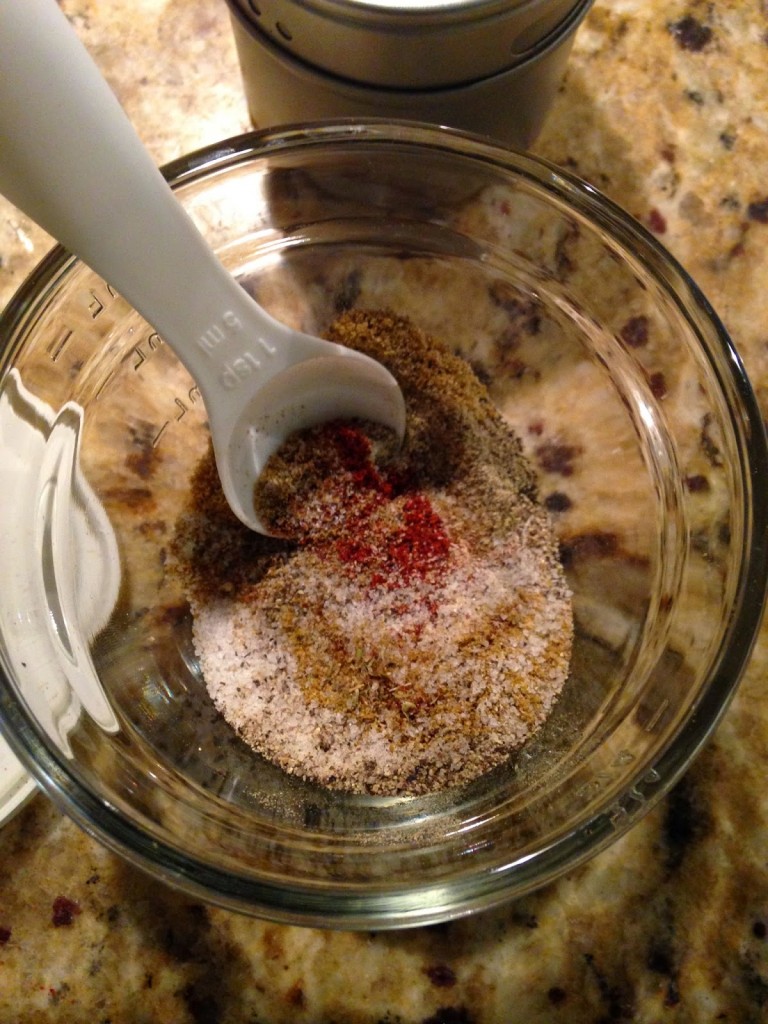 I mixed all of these together and put in a bowl with a lid. This
batch made THREE servings for the amount that we use per pound of
hamburger. I use TWO TABLESPOONS per pound. If you like things spicier,
you may want add more. I also add HALF CUP water when making tacos and I
add it at the same time as the spices.

Brown your hamburger in a pan. (I cook mine also with chopped peppers and onions) 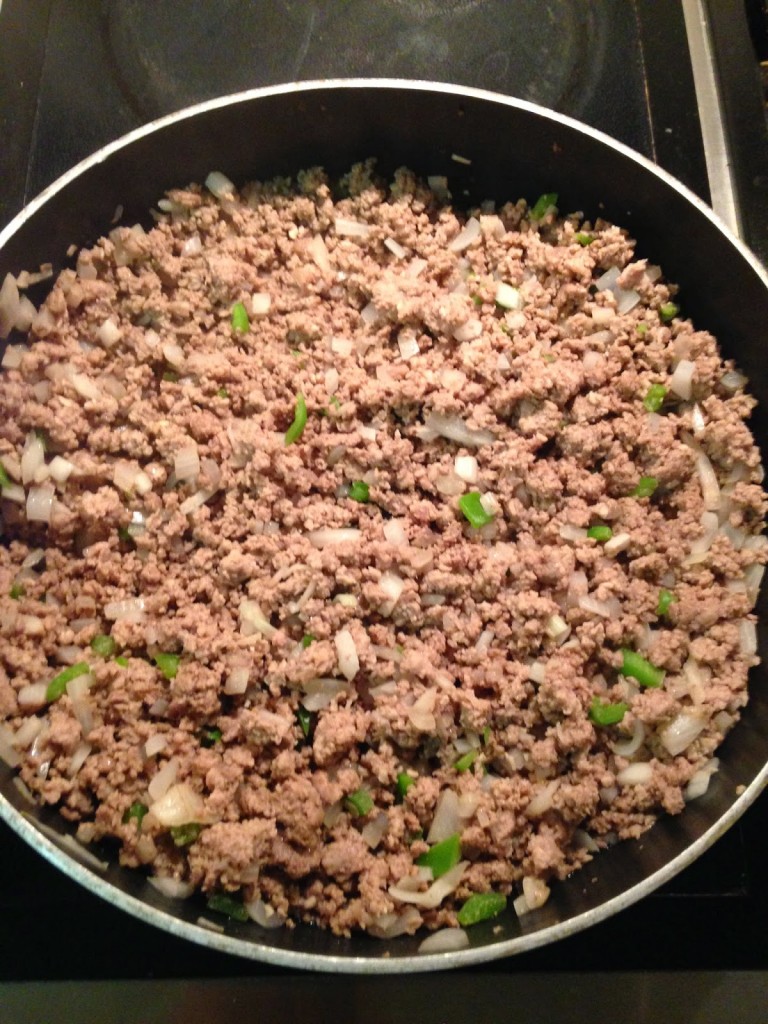 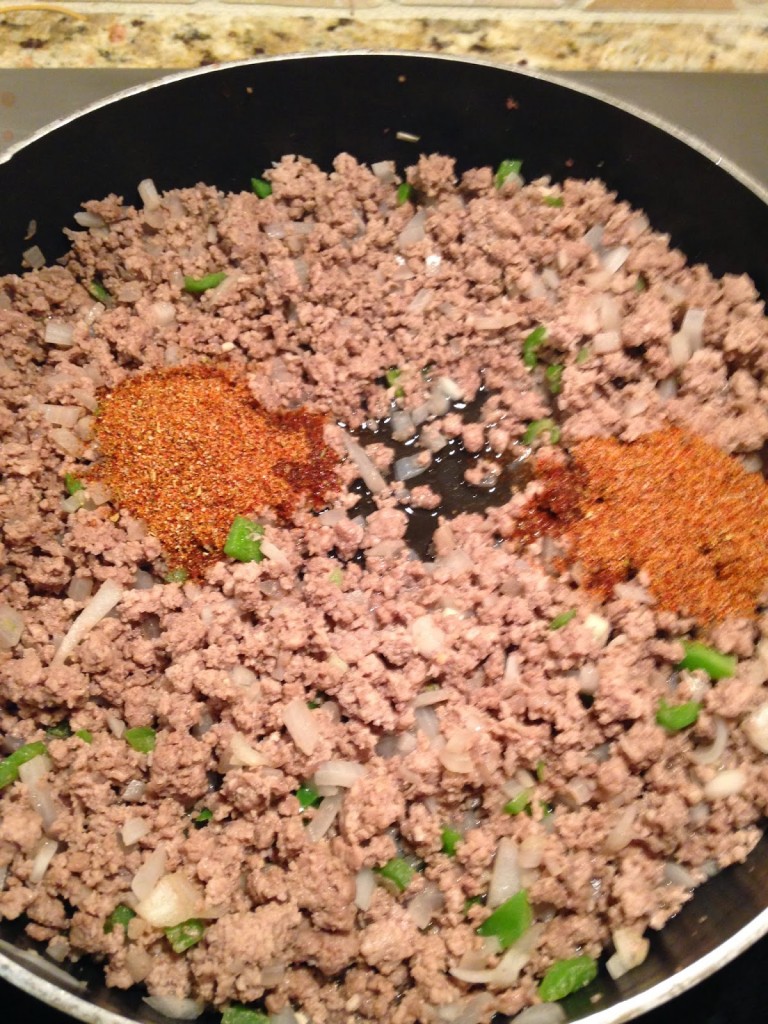 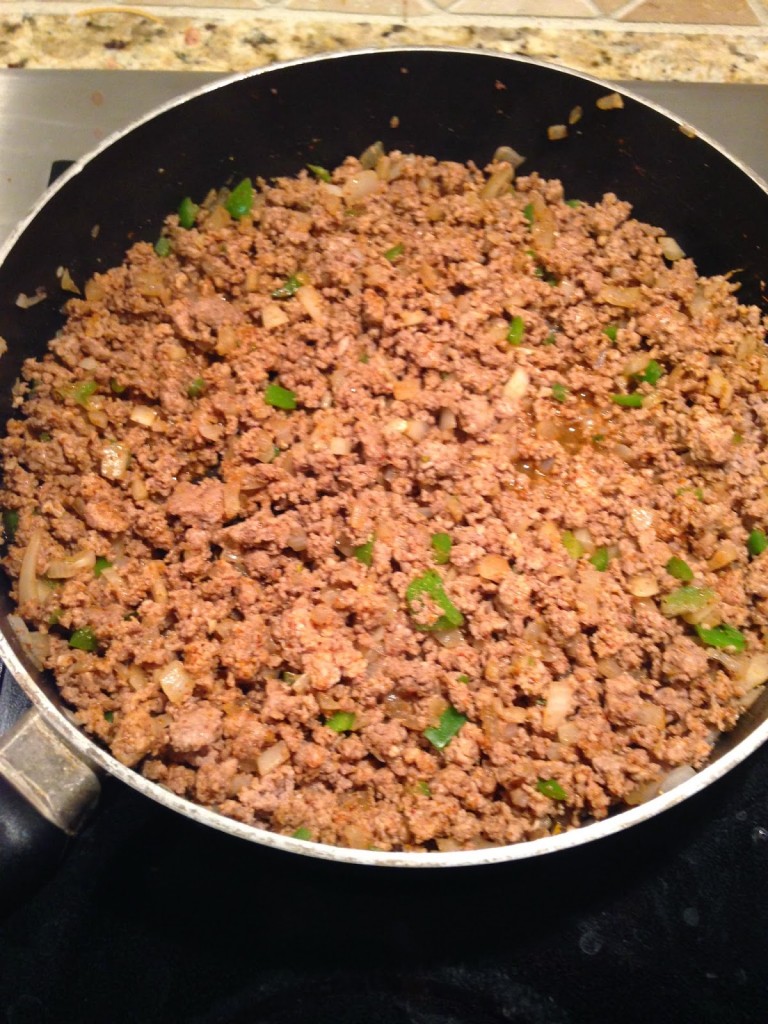 While it’s browning, I tried to make a more fat-loss friendly alternative to standard taco shells.

I purchased some low carb tortillas that had a decent overall carb balance. 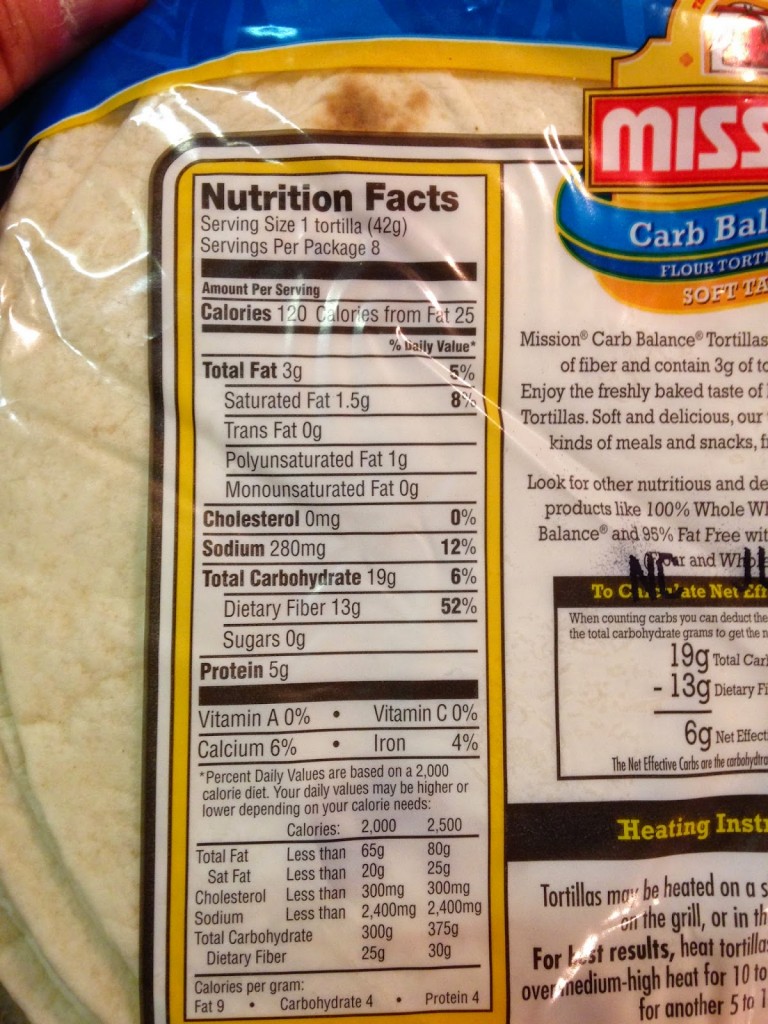 Next I put them on a large cutting board, put a little olive oil on them, and spread it around with my fingers. You could use a pastry brush if you have one, but I”m a simple girl and my hands worked just fine. 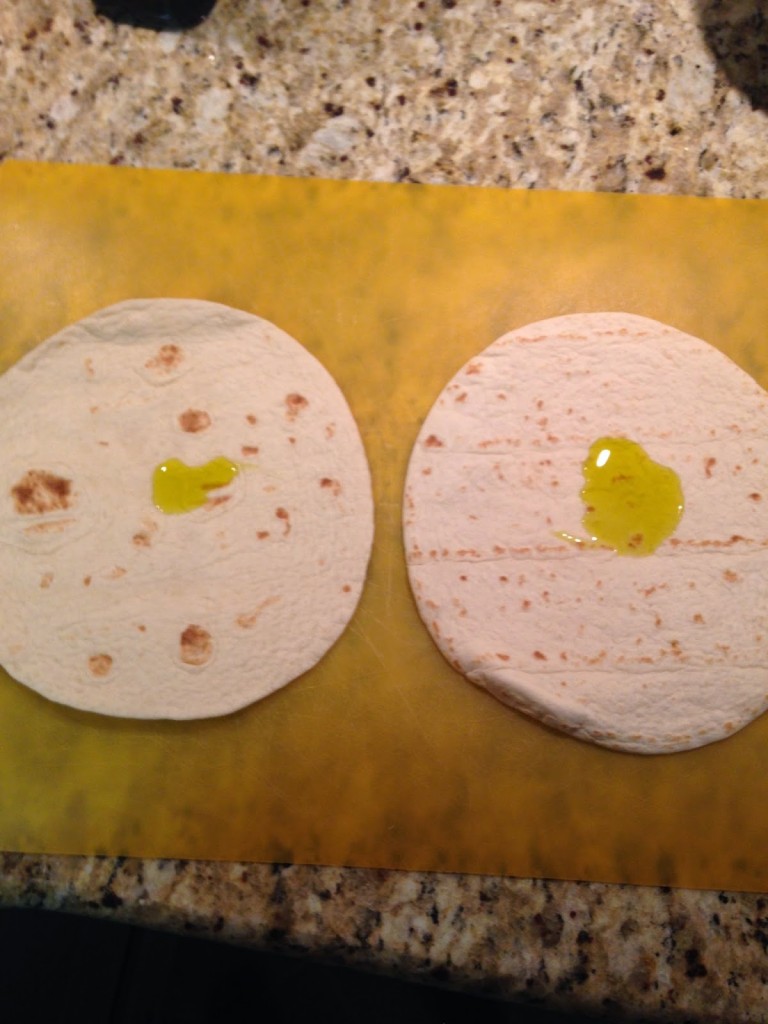 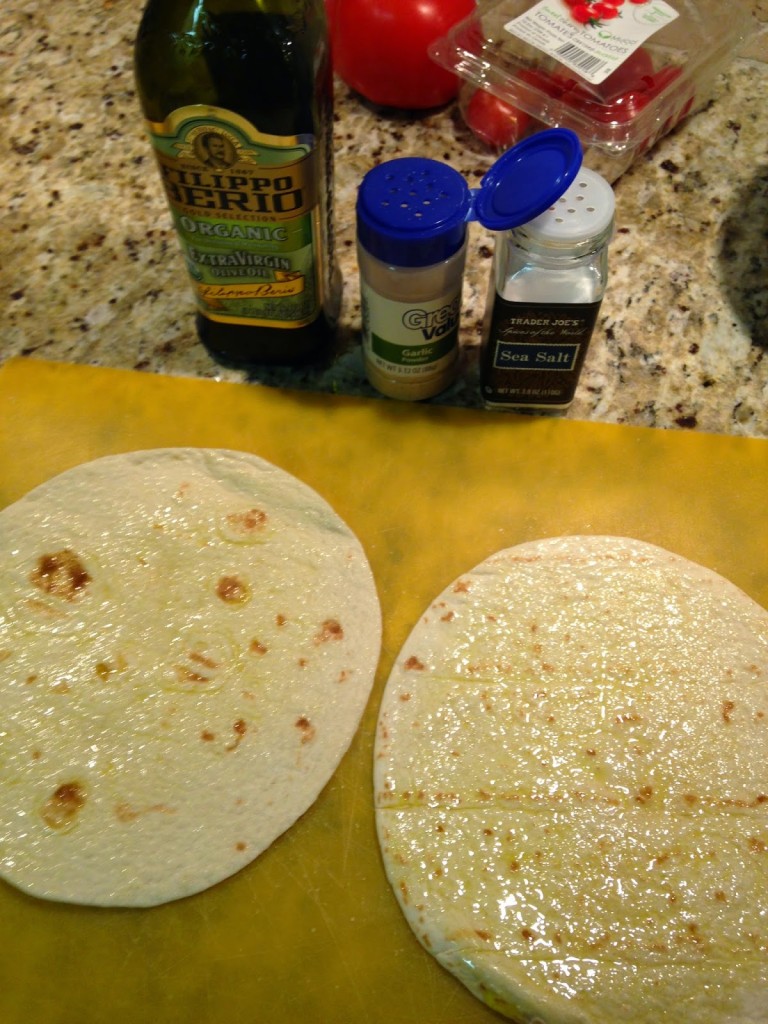 Next I put some sea salt and some garlic on them to give them a little flavor. You can flip them over and do the same thing on the other side. Then, grab a pizza slicer and cut into pieces. 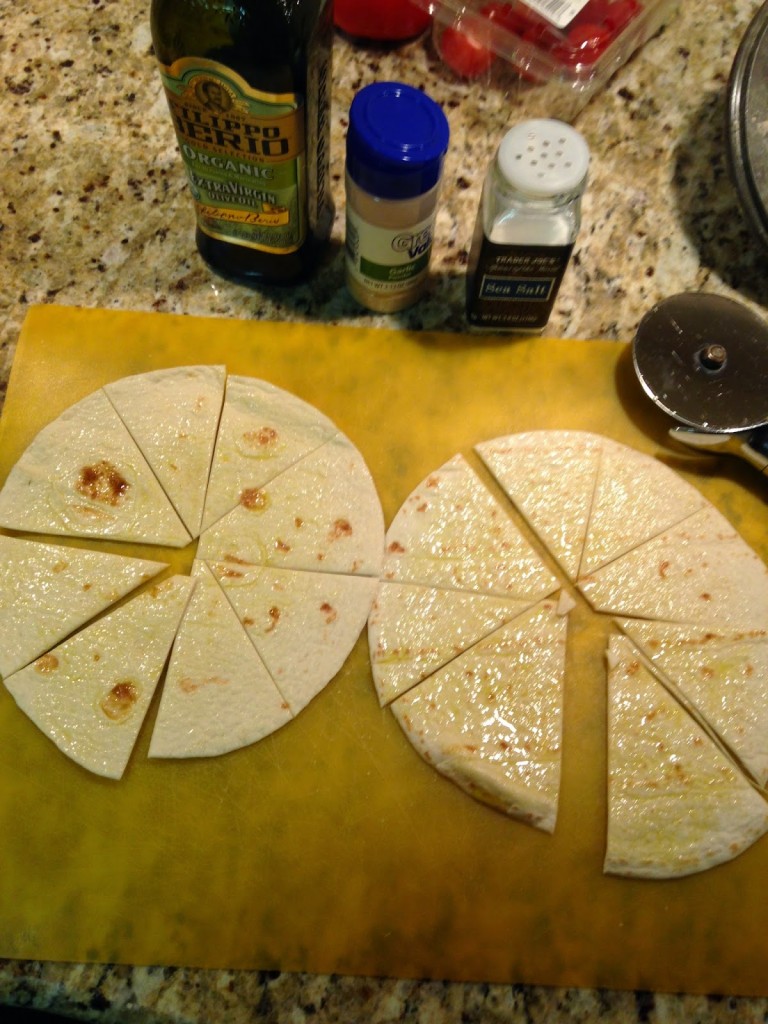 Put in oven that has been preheated to 400 degrees and bake for 10-15 minutes.

To make this into a meal I thawed out some oven baked brown rice that I had frozen from before. (Recipe here) 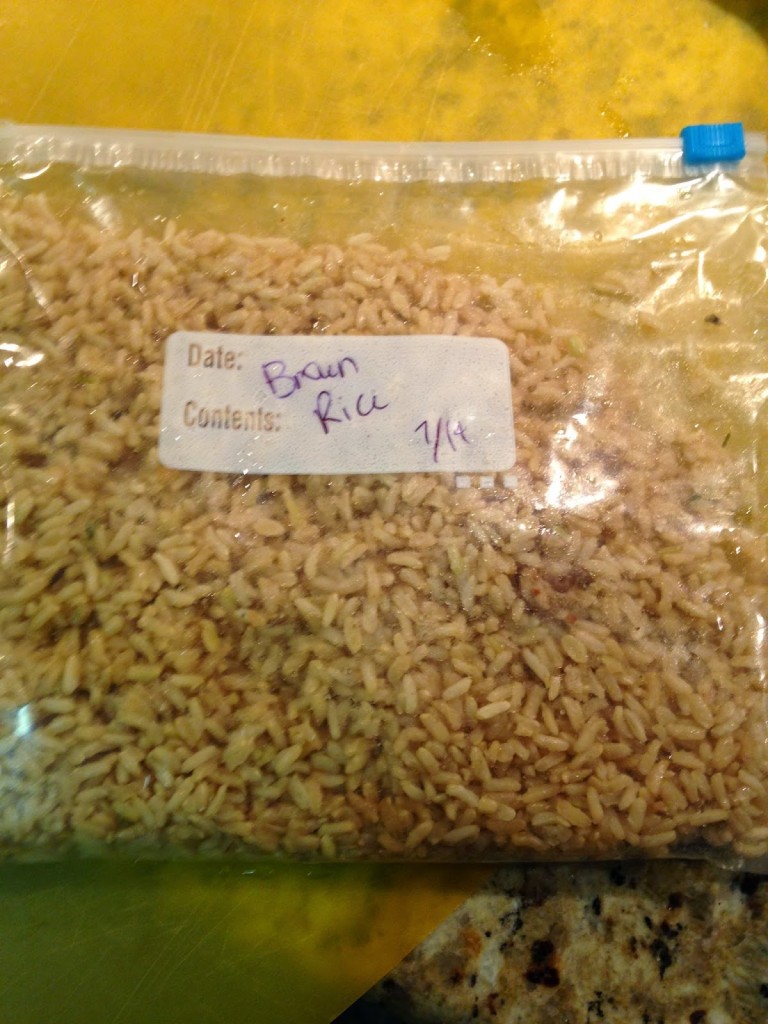 I chopped up lettuce, and tomatoes,  fixed some black beans and then put it all together.  Oven baked chips on the bottom, taco meat, a little rice, a little bit of black beans, a LOT of lettuce and some salsa.

SO GOOD! (*Not as good as when it was covered in cheese and ranch dressing, but still good) 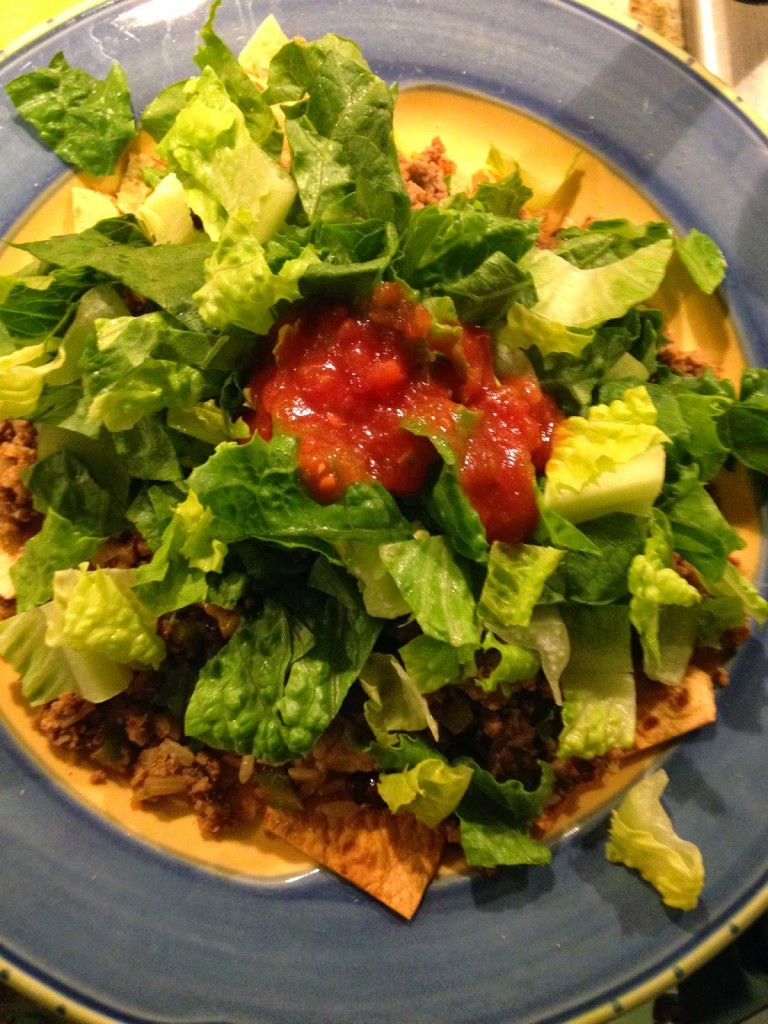 For my kids, I simply used a couple of the tortillas and filled them with the meat and some cheese. My kids normally take their required 3 bites and then don’t eat any more, but my son actually LOVED these and my daughter ate half of hers. WIN.

As I mentioned above, one batch of the taco seasoning is enough for me to make THREE batches with meat. Last week I didn’t have any ideas for dinner so I took 1 lb of hamburger and 2 TB of the taco seasoning mix, mixed it well and formed into patties. I cooked them in a skillet on the stove and then wrapped them in lettuce and topped them with salsa. 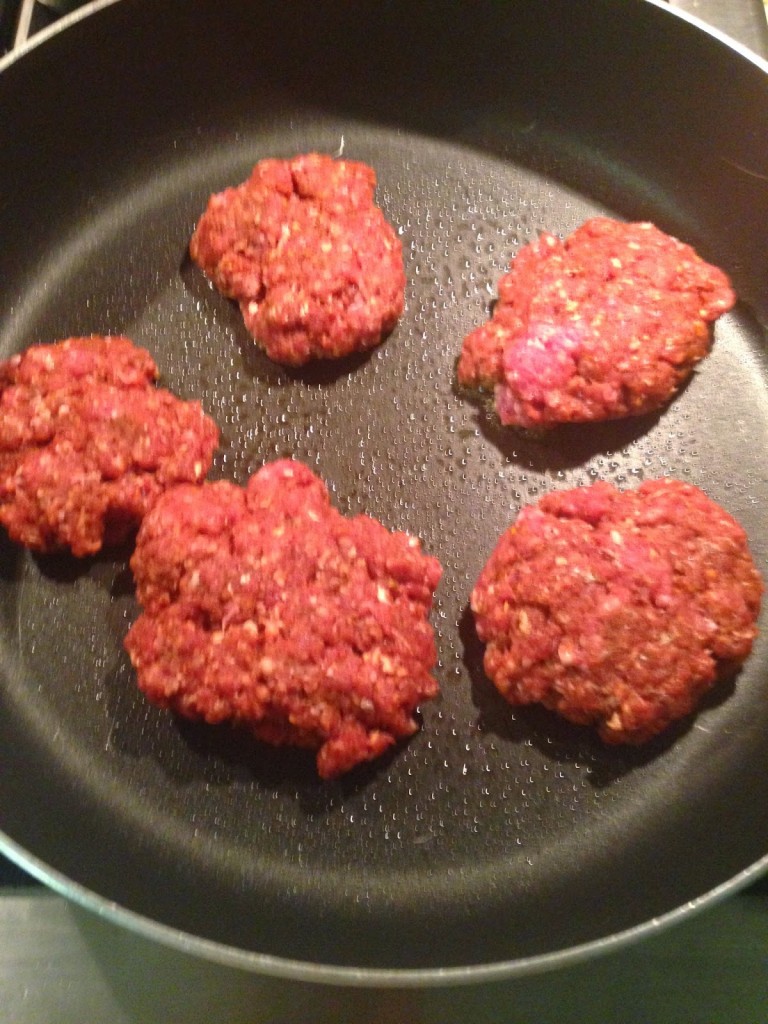 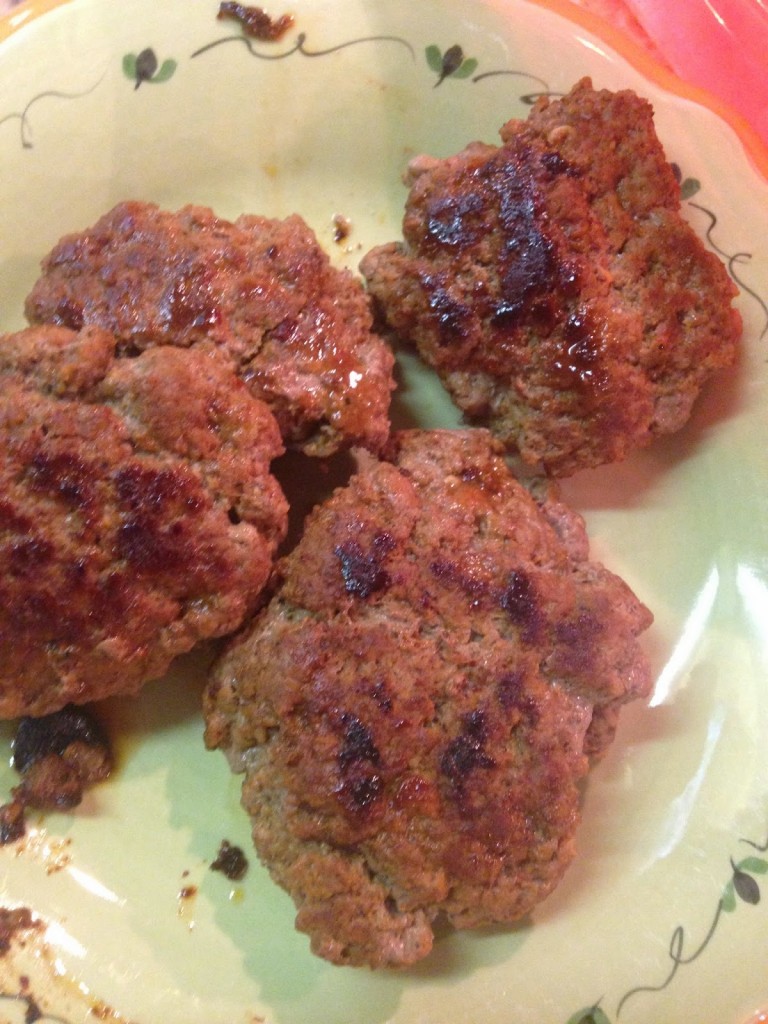 I also had one the next night along side some sauteed spinach and some
leftover potatoes. I think I liked them even better this way. 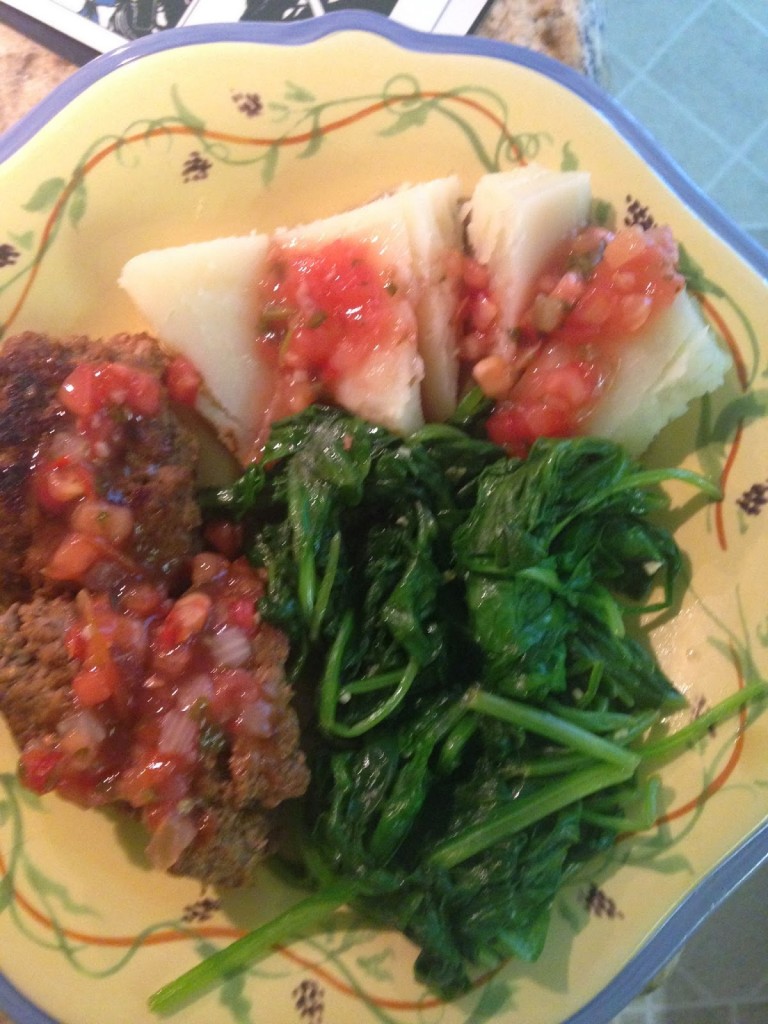 I keep the taco seasoning mix in my pantry all the time now so that whenever I need it, I’m prepared.