I was first introduced to a drumstick workout through Revelation Wellness.

I got to try my first one when we were at Instructor Training Retreat and it was every bit as fun as I thought it would be…and then some.

I knew that this was something I wanted to bring back and share with the local workout group that I lead, but I also knew that I didn’t have the budget to go buy real drumsticks for everyone.

Following the advice of some of the RevWell Instructors, I learned how to make my own and to save a bunch of money in the process.

Step 1: I went to HomeDepot and purchased ten 10 foot sections of 1/2 inch PVC pipes. These are extremely affordable- I paid $2.17 for each separate 10 foot section.

Step 2: Find a kind employee that knows how to work the big saw thing in the store. I found a gentleman and told him to cut the long PVC poles into 16″ sections. That meant I got 7 sticks from each of the poles and then had a small piece left over. Since I purchased ten of the long poles and each pole yielded 7  drumsticks, this gave me 70 sticks, or 35 pairs. 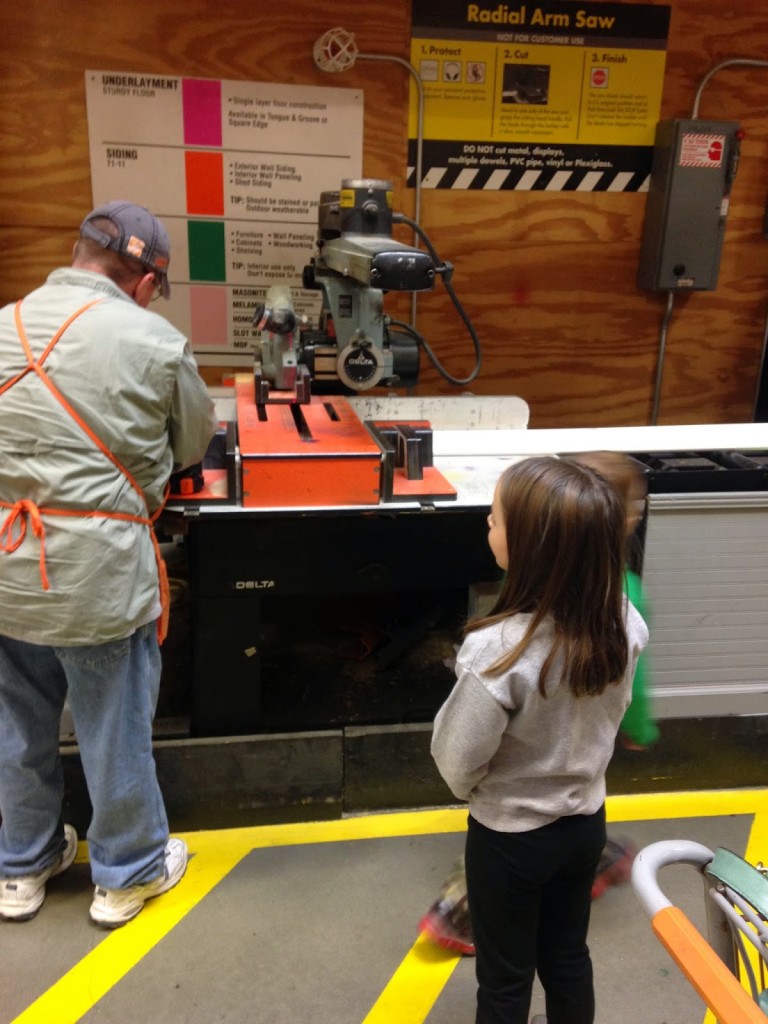 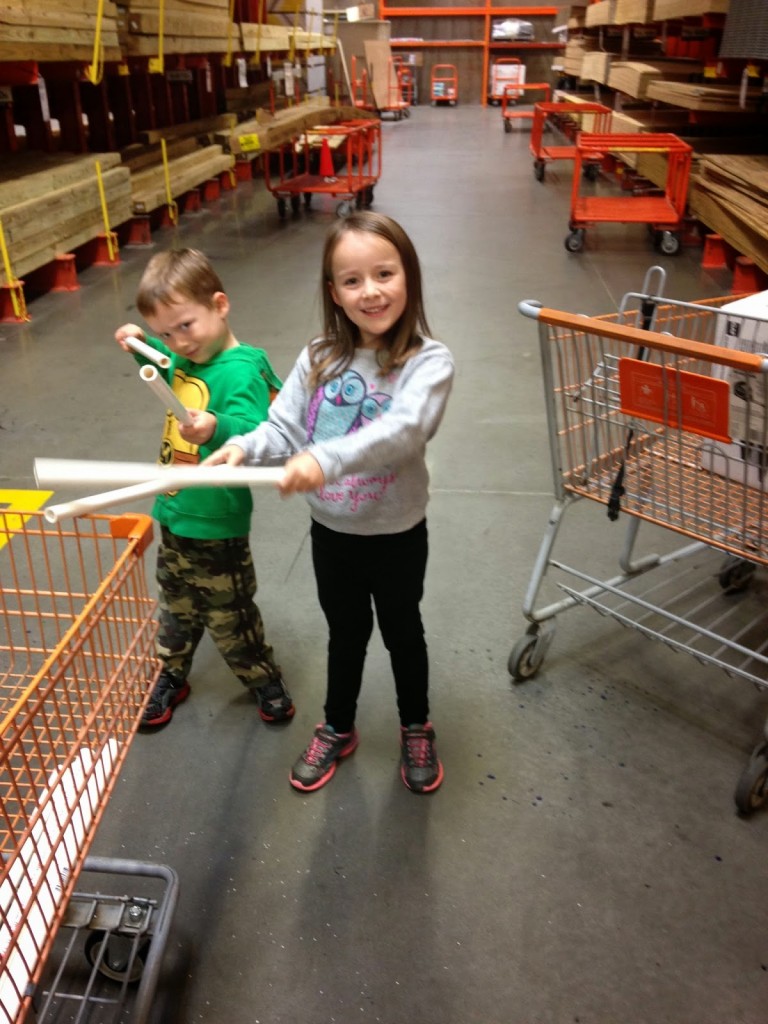 Step 3: Purchase some duct tape in a pretty color or pattern. I bought the Duck Tape brand in a black and pink zebra stripe, a solid pink, a rainbow print, and a Superman print. Each roll was $3.57. If you have any at home or if you’re shopping at a store like Wal-Mart, you’re likely to find some for less. These rolls each had 15 yards of tape on them.

Step 4: Wrap the end of each stick in the duct tape. I decided to only wrap the ends, but some people choose to wrap the entire sticks. 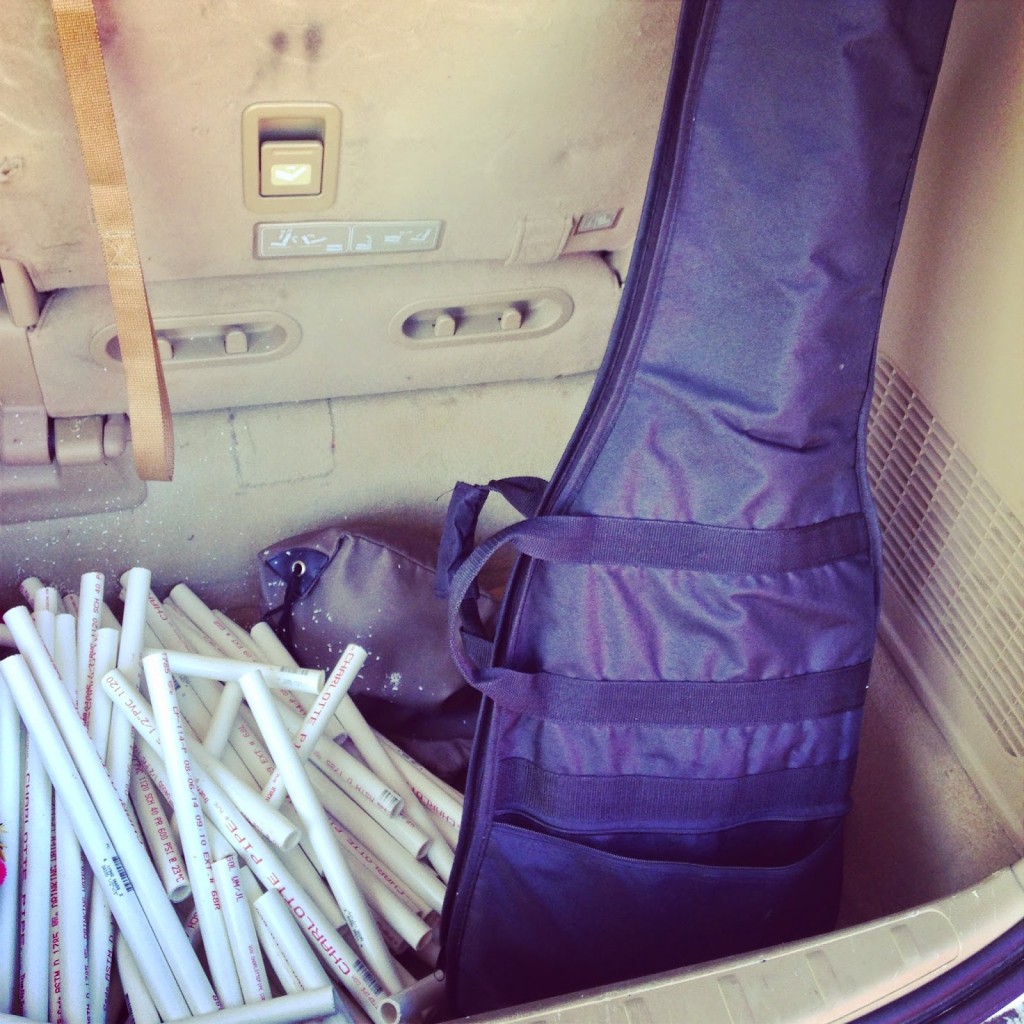 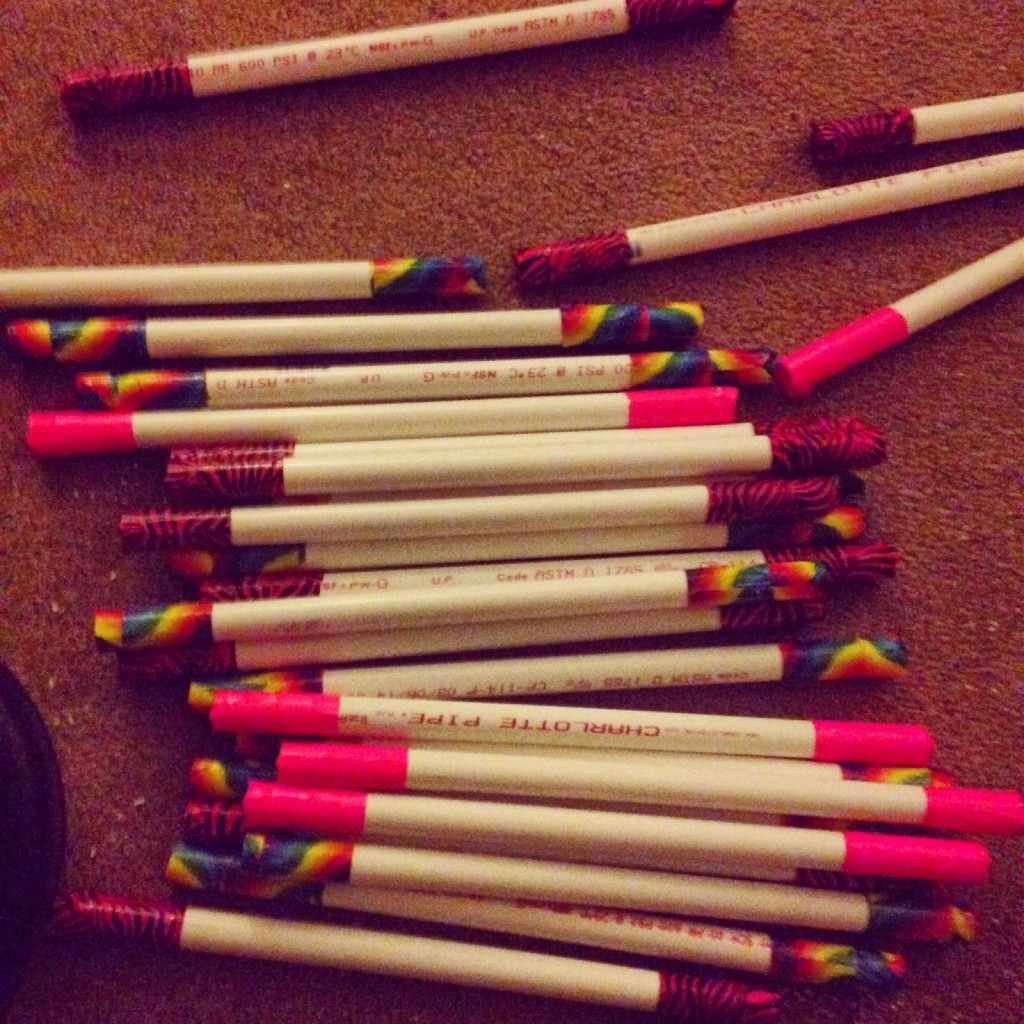 This took a bit longer than I hoped, but only because I was doing it to 70 sticks and I had two “helpers” that kept wanting to try.

Total Cost:
My cost would have been close to $40 but I qualified for an “instant credit” for some reason, and they took $2.20 off of the cost of my PVC pipes. Including tax (and my discount), I spent $36.14 to make 35 pairs of drumsticks.

Once you have your sticks made, you may need to put more duct tape over the ends as they are used a lot. I’ve been using mine now for a couple weeks and you can see where some of the tape is wearing off. I plan to just stick another piece of tape over the ends when needed.