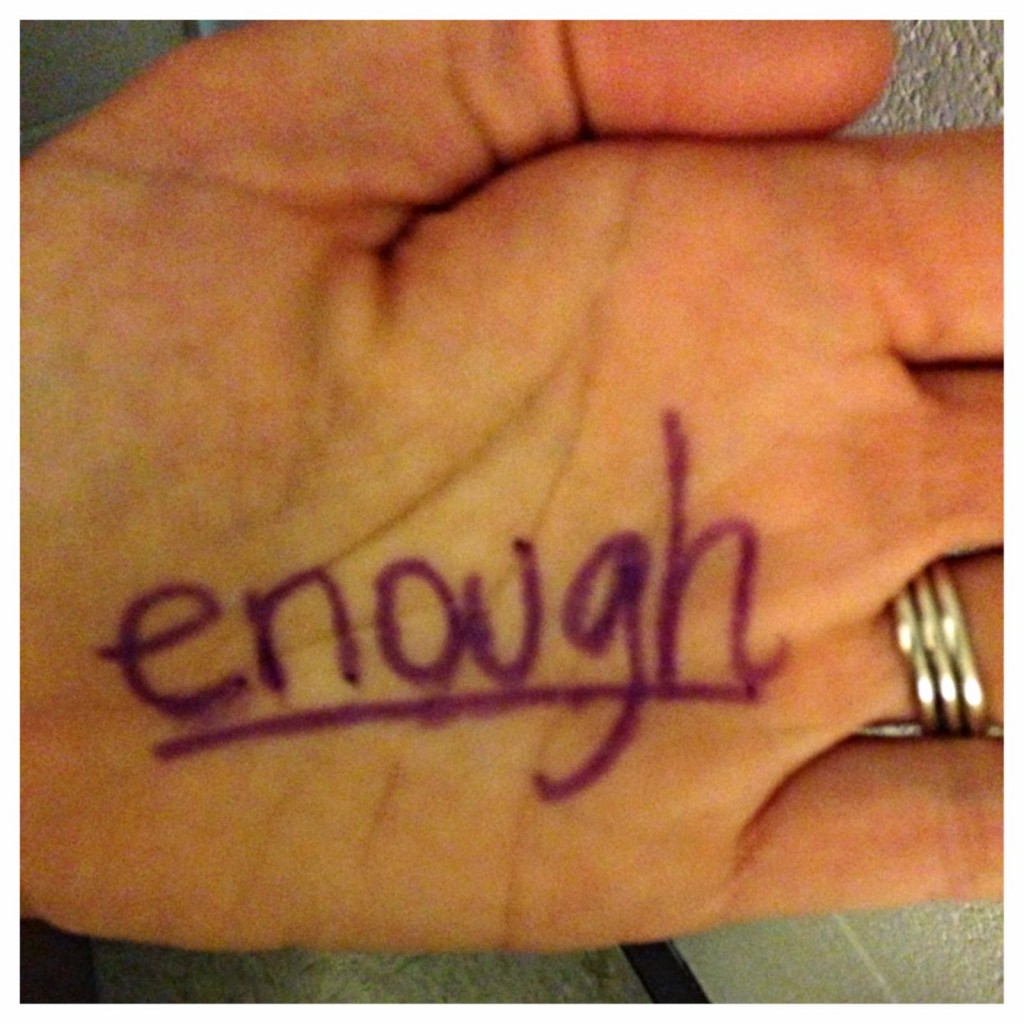 For much of my life, I’ve not really known who I am.Often told I was “too much” or it was implied many times that I was not enough.
In elementary school I was perceived too big and tall (my nickname from the boys in my 3rd grade class was NFL), in middle school I was “too awkward”, in high school “too good”, in college I was too insecure to know who I was, and in my twenties I was too consumed with people pleasing to even begin to know what I really was like.
Too much of this.
Too little of that.

Too focused on everyone else around me to notice the design that God had given specifically to me.

And then around the time I entered my thirties I started to catch glimpses of who I was created to be. Alisa Keeton calls this your “Original Design”.

I started to learn that it was perfectly fine to be “too much” for some people, or that my personality didn’t sit well
with everyone.

I began to realize that not only had I been given a voice, but that I could use that voice to speak out on behalf of people and causes that mattered.

Part of discovering who I was created to be came because I began walking with Jesus in a new way that was authentic and no longer based on following a set of rules. I stopped striving to “be good” and instead began to rest in how good HE was.
Part of my progress was from finding community with others that were willing to fling off their masks of perfection and that were willing to show their messes. When I was brave enough to begin taking off mine, they loved me. They supported me. They said words such as “me too”, and “I’ve been there before”.
And then there has been marriage and parenting. And holy moly this has been a sanctifying process. I have struggled (I mean STRUGGLED) in these areas. God has used them to change me and to teach me that I have to die to self every single minute and to rely on Him. I’ve had to run back to Jesus more times that I can count and beg for forgiveness and for His strength to do this whole ‘Mom’ and ‘Wife’ thing as He would have me to.
I started filling my mind with truth and using HIS strength to crush old habits, patterns, and idols.

I have learned what it means to take care of my body in away that glorifies God and not some airbrushed image I had been chasing after in a magazine or on television.And when I got my body healthy, my mind followed.

As my heart was being changed to be more like Him, everything else began to come together.
I realized that I don’t have to strive…to perform…to earn anything.
It’s already been given.
Read that again- it’s ALREADY BEEN GIVEN.
God accomplished the work for all of us. Nothing we do will change that.

All we do is accept His gift.What freedom!

And freedom is what I have found.After years and years of searching, I’m finally starting to figure it out.

God not only loves me, but He created me with a SPECIFIC purpose. And He says that I am good! HE says that I’m able because of HIS strength in me. Because HE says I’m enough, I can tune out all others that say
I’m not.

I was given a design- MY original design- and am starting to figure out what that is. That means that instead of trying to do EVERYTHING, I can focus on the few things that He has gifted me in and called me to.

I’ve been given ONE life and it matters.I can choose to spend it pursuing foolish and fleeting things that will never satisfy, or I can choose to pour out my life each day, each moment, for whatever purposes He has set before me.

I don’t have it all figured out. I still have moments when Ifeel  like I’m “too much”, or not enough.
I have moments when I begin to doubt the work that I’ve been given to do.
But, God steps in. BUT GOD.
God reminds me that LOVE is greater than Fear (Thank you RevWell and Alisa Keeton), that NOW is the time, and that He is allowing me to help lead others into a place of wholeness and freedom.He is showing me glimpses of MY original design.
What a gift.
And friends, He has a plan and a purpose for you, too. He has an original design for you and your life.
Things that you were CREATED to do.
Even if you don’t see it right now. Even if you don’t feel
it right now.YOU. ARE. LOVED.

You are valuable.You are worth pursuing.

In fact, the creator of the UNIVERSE is pursuing and wooing you even right now.God has a design for your life and He has promised that ALL things work together for our good and for His glory for those that love Him.

He says that you ARE good.

He says that you ARE enough.
He says that you are ABLE.
We can believe this:  “Being confident of this, that He who began a good work in you will carry it on to
completion until the day of Christ Jesus.” (Phil. 1:6)

HE who began that good work in you WILL COMPLETE it.If God said it, He will do it.

HE WILL DO IT.
HE. WILL. DO. IT.
Rest in that today, friends.
Posted in Blog, Faith