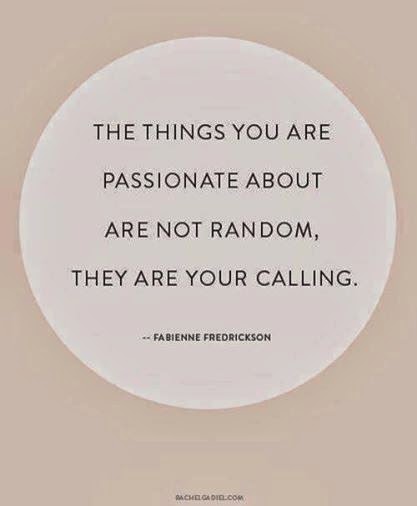 Something big has been happening around here lately.

You may remember about two weeks back when I wrote this post.

That was the first time that I had written/posted publicly about my dream of pursuing a certification called Revelation Wellness and really launching my wellness ministry.

Up until then, I had really only shared that dream with my family and a few close friends that I had been asking to pray. I didn’t even tell these friends at first what I wanted them to pray specifically for, only that I felt a calling into something that was God-sized and that I needed their prayers.

And then, weeks later,  I shared the dream with all of you.

I told you how my husband had supported my dream and then I asked you what YOU were being called to do. I told you that I was praying for you to have BOLDNESS and COURAGE in beginning to walk obediently towards whatever God-sized dreams you had.

And I’m sharing my story with you today to help prompt you a bit further.

Last Wednesday afternoon, I got a facebook message from the founder of Revelation Wellness, Alisa Keeton wanting me to email her. This in itself was enough to thrill my soul and to create quite a bit of excitement around my house, but at that point, we didn’t know what she wanted to talk to me about. She asked if I could be on a conference call on Monday, to which I of course said ‘yes’.

For the next 4 days I probably considered about 500 different possibilities of what she might want to talk to me about. I was so excited, and to be honest, also a bit scared. I drove Marcus C-R-A-Z-Y talking about it and went back and forth from one scenario to another trying to decipher what in the world would prompt me getting to talk with Alisa!

I was happy, and hopeful, and fearful, and thrilled, and anxious…the whole gamut.

I think maybe that’s the hard part of feeling called to do something that feels so far outside of your comfort zone…when it actually looks like it may come together, it’s a bit terrifying. I asked some of the same people to be praying and then I held my breath until my scheduled time to speak with Alisa today.

I learned that around three weeks ago, an amazing lady named Nicki (a Revelation Wellness instructor), living in Michigan, had been clearly told by God (GET READY FOR THIS) that she was supposed to give away the money she was going to earn teaching her kickboxing classes as a scholarship for someone to get their Revelation Wellness certification.

She prayed over this decision, and felt like God told her with certainty that this was the direction she was supposed to walk in. She contacted Revelation Wellness and Alisa, and talked with them, and they told her to keep praying about it.

A week or two after that, somehow my post ended up on something she saw on Facebook. And because our God is amazing, and gracious and works all things together for our good, He placed me on her heart.

Nicki mentioned to her kickboxing class (a group of 10 men!) what she was going to do with the money they had given her, and to her surprise, two of them contributed EVEN MORE money towards this vision Nicki had been given. It added up to a total of $900.

For some reason God kept me on her heart and told her clearly that I was the one that she should give the scholarship money to. She contacted Alisa and Revelation Wellness again, and told them she wanted to give the money to me.

She poured out this beautiful story to me and told me that she wanted to give me $900 towards fulfilling my God-sized dream of enrolling in the Revelation Wellness certification program. The total cost of the semester’s tuition and retreat is around $1500, so this $900 would go a LONG way towards meeting this amount.

As you maybe remember, and as I’d written about, I have been saving money towards this certification myself. Back in November I had launched into a new venture to try to help me earn this money. About two weeks ago I decided this business venture just was not
possible with our busy schedules and had given up trying to pursue
earning any more money. My commissions up until that point, after taking out expenses, had been stuffed into an envelope upstairs in my room. The amount I’ve managed to save…$600.

The exact amount remaining to pay after the $900 scholarship.

Did you read that?

God worked out the FULL amount that I needed almost exactly at the same time as I STOPPED TRYING TO DO IT MYSELF.

I’m a bit of a ‘jumper’ meaning I jump into things very quickly, at times with little forethought or preparation.

We did not want this to be the case with this wellness ministry and so we have prayed specifically that it wouldn’t be anything that I MADE happen or forced my way into. We want it to be completely available for God to take and use as He sees fit.

I am trying to be obedient to the call that I feel God has given me.

I posted publicly about this God-sized dream hoping to inspire someone else to pursue their calling.

I didn’t realize that someone in Michigan would read it and be obedient to doing such an amazing thing for someone she had never met. But God did.

I don’t know what God has planned for the future of this wellness ministry or what life may look like in a couple years. But here’s what I know…

Our passions and our callings aren’t by happenstance, friends.

If you have a desire in your heart that seems out of reach, it’s not.

If you feel overwhelmed by what you think God is calling you towards, take the first step.

God not only cares about us, He KNOWS us and our hearts and He is true to his Word. He is working ALL things together for our good and for His glory. ALL THINGS.

It was not by happenstance that my husband felt led to have that jacket made for me for our anniversary. It was not a fluke that I decided to write about it, or that it was shared on social media. It was not a mistake that this amazing woman named Nicki happened to see the post, or that God pricked her heart to care about helping someone she may never meet. And it certainly wasn’t by accident that her clients chose to donate extra money bringing the total to the EXACT amount that I would need to put with what I had made for the tuition.

I am praying for you.

I know that someone that is reading this is feeling called even right now. You know that there is a desire God has placed in your heart and a ministry/calling that He is preparing you for.

You may be afraid.

You may be overwhelmed.

And then trust. God is raising up an Army and you are a part of that.

Take the first step. And know that I’m cheering for you and here to pray you through!